This page was created to give Trailblazer Alumni a place to see what’s happening at CRJ and what’s going on with other alumni. Make sure you sign up for our brand-new Alumni Newsletter to stay up-to-date on everything happening at CRJ. In addition, please take this brief, anonymous survey to help us improve the alumni program. We are working hard to make sure you get the help you need and to stay connected with Cristo Rey.

CG Schmidt has two internship opportunities available: Risk Management Assistant and HR Assistant. These internships are perfect for (but not limited to) any alumni pursuing HR or Business or Communications who can grow with the company and, hopefully, move into a full time opportunity upon graduation from college. Both opportunities are at the Corporate Office (the same location as in CWSP). Any interested students can complete an application here: https://www.cgschmidt.com/job-application/. 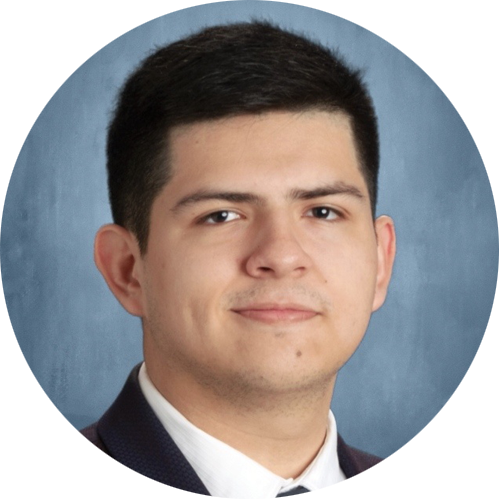 Milwaukee Chamber Theatre (MCT) will present its ninth Young Playwrights Festival Showcase this upcoming January, celebrating the winners of their local high school playwriting competition. Each of the three winning plays will be presented virtually. CRJ is proud to announce that one of the three winning plays in this year’s Milwaukee Chamber Theatre’s Young Playwrights Festival Showcase, ‘To Make History and Let Others Write About It’, was written by Class of 2020 alumnus Imanol Ruiz.

‘To Make History and Let Others Write About It’ is inspired by real events. Ruiz shared the following synopsis of his play. “It follows an exiled Jesuit priest, Father Armando Llorente S.J., who was exiled out of Cuba for simply being Jesuit. Over the course of the story, we come to find out that Father Armando Llorente knew Fidel Castro as a boy and saw him as a son. While everyone around him wants to see Castro killed or taken out of power, Llorente wants to see him saved from the life he is living.”

Ruiz’s story was inspired by his faith, as well as research he had done during his AP Seminar the year before. “My inspiration for writing this play came from my want to write about a Catholic figure at the center of an interesting story. All I needed to do was build a scenario and connect it to real life events and possibilities.”

Ruiz wrote the play over the course of two months, and was motivated by his desire to see the story come together as he wrote it. Ruiz would put himself in different points-of-view and draw on personal relationships as part of his writing process. “I like to see the scenes in my head as if it were a movie, or as if I were in the audience, or even if I were one of the characters. I think this was one of the main reasons Father Llorente ended up responding to some of the questions as I would. This is also definitely one of the reasons why one of the Hispanic characters sounds like my mother.”

Another motivation for Ruiz was his teacher, Catie O’Donnell. “Ms. O’Donnell gave me confidence in being able to write what I wanted to write. I had a lot of fun in her class, and it helped me better craft my ambitions for the rest of my life.” O’Donnell added, “Imanol’s success is so cool, and I absolutely love this show. I can’t wait to see it produced and to share it with our entire Cristo Rey Jesuit community.”

MCT’s Young Playwrights Festival Showcase provides an opportunity for three young playwrights to see their works professionally produced, and to learn from the emerging actors, designers, and directors that are part of the creative team. Before the three winners were selected, ten plays were chosen as finalists, which were announced in July. Ruiz and fellow alum Sophia De Los Santos were both chosen as top 10 finalists.

“I was happy to know I was in the top 10. It gave me some excitement over the slow summer.” Ruiz said. Ruiz is currently in his first semester at UWM, where he is majoring in Film. When he found out his play was one of three chosen to be produced, he knew the effect it could have on his career. “It is truly a great honor. It is also a huge help to my resume because I want to go into film and screenwriting.”

Is there something you’d like to share with CRJ and your fellow alumni? Tell us your story here.

Page load link
We use cookies on our website to give you the most relevant experience by remembering your preferences and repeat visits. By clicking “Accept”, you consent to the use of ALL the cookies.
Do not sell my personal information.
Cookie SettingsAccept
Manage consent

This website uses cookies to improve your experience while you navigate through the website. Out of these, the cookies that are categorized as necessary are stored on your browser as they are essential for the working of basic functionalities of the website. We also use third-party cookies that help us analyze and understand how you use this website. These cookies will be stored in your browser only with your consent. You also have the option to opt-out of these cookies. But opting out of some of these cookies may affect your browsing experience.
Necessary Always Enabled
Necessary cookies are absolutely essential for the website to function properly. These cookies ensure basic functionalities and security features of the website, anonymously.
Functional
Functional cookies help to perform certain functionalities like sharing the content of the website on social media platforms, collect feedbacks, and other third-party features.
Performance
Performance cookies are used to understand and analyze the key performance indexes of the website which helps in delivering a better user experience for the visitors.
Analytics
Analytical cookies are used to understand how visitors interact with the website. These cookies help provide information on metrics the number of visitors, bounce rate, traffic source, etc.
Advertisement
Advertisement cookies are used to provide visitors with relevant ads and marketing campaigns. These cookies track visitors across websites and collect information to provide customized ads.
Others
Other uncategorized cookies are those that are being analyzed and have not been classified into a category as yet.
SAVE & ACCEPT
Powered by